Behind the Festival Glamour 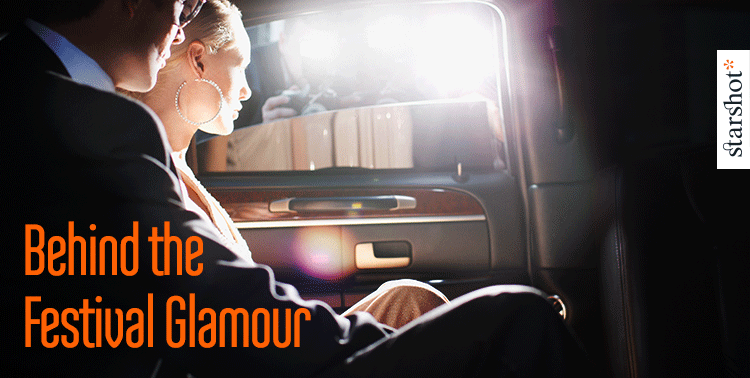 There’s an idea that there are only winners and losers. The idea that in order for you to succeed, someone else must fail. But sometimes it really pays to step back and say, “What happens if we focus on making sure everybody gets what they need?”

The most cinematic time of the year

Festival season is upon us again here at the Toronto office and movies are well into the courtship-dance to be contenders for awards season. The streets are flooding with tourists and aficionados jockeying for a glimpse of the A-listers who are walking the carpets or grabbing a bite in a local bistro while everybody stares at them through the window.

Underneath the flashbulb frenzy of tent-pole galas are the smaller pictures. Indie and arthouse features you might not have heard of yet. For me, film festivals were always about getting to see the pictures that wouldn’t be loitering in the local Hyperplex a month later. I took a chances, saw some things I’d never get to see again and sometimes got to say I was the first to catch an award-winning sleeper-hit.

The giant-robot-eat-giant-robot world of Hollywood is a tough place during festival season. Smaller productions have to spend big money to work the festival circuit before a film has begun paying its own way.

For more than a decade now, Starshot co-founder Brad Dalgarno has connected studios with fantastic films that might not have much of a marketing budget, with sponsors that want to host unique private screening events during the festival season.

Not all films and all sponsors will go together. Each film is treated as its own brand. Then that brand is matched up to the brands of potential sponsors. It sounds obvious but rarely will sponsors get to make those kinds choices within the structure of a festival. This ensures that the guests they bring to the event will have an experience that’s in-line with the kind of audience they are.

On the other side, the filmmaker doesn’t feel like their work has been plastered with logos like a Nascar entry in order to get more exposure and some of the funding they’ll need to promote themselves through the festival season.

The result for the audience is a focus on the film experience and a tactful presentation of the brand that presents it as a complementary accompaniment to the art-form, promoting them as sophisticated instead of loud and needy.

The unknown variables make these screenings a very different game from other events. It’s tough to find a quality venue that hasn’t already been snapped up by the festival. A place that’s great for screening as well as mingling? Also suitable for a major band to play the after-party? There are a lot of planners scrambling for exactly that kind of space so you have to be working pretty far in advance to snag one.

If you’re a fervent festival-goer, you’ve probably noticed a lot of films that are still undergoing final tweaks from versions you’d see later. Many productions are still in the midst of colour-timing, foley mixing or even final picture edits as they rush to hit festival deadlines. Planning these events so far in advance means you usually don’t get the chance to see the film in advance.

Now add the fact you don’t know which actors or directors will be available to attend.

Starshot has to investment early to make a screening happen and then it’s a mixture of hard work and trust that everything will come together in the end.

So how do you get to the point where filmmakers, sponsors and Starshot can agree to something with the mere assumption that it will work?

After some fourteen years of doing this, the key players have come to know what each party is going to need. When Starshot has a sponsor that wants a particular type of film for their audience, the studios we’re working with can be trusted to deliver a film that has those qualities. Sometimes they become Oscar-winners, sometimes they are Oscar-worthy. Studios, in turn, know how their films have been presented in the past and, so, understand our intentions.

Viewed from the outside, it all seems like an unworkable risk. The reality is that sponsors don’t have to miss out on this opportunity because they’ve seen it work time and time again over the last fourteen years and are able to trust that we will make it work for them again. Starshot is able to trust in the quality of films the studio is giving them access to for the same reason and the studio has seen their films treated well. All of this trust still takes a lot of work, of course, but it’s worth it in the end to see that the audience has had a great time and that it’s been a winning experience again for everybody involved.

Contact us to give your audience the red carpet treatment.