The New Golden Age of Video 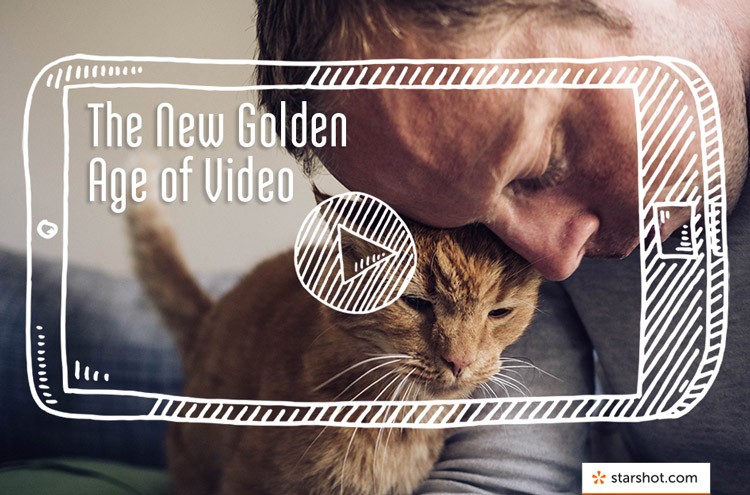 In a world where business sells to business…

The first things that leap to mind when we talk video on the internet are either pirated big budget features, painful accidents for teenagers to guffaw at or the omnipresent cute animals doing humanish things.

So is there any value in video aimed at B2B?

Forbes conducted a study of C-level executives in association with Google and said, “65% have visited a vendor’s website after watching a video. Younger executives, however, may be more fully engaged with this type of media, and appear more likely to make a purchase, call a vendor, or respond to an ad.”

“More than half of senior executives share videos with colleagues at least weekly, and receive work-related videos as often.”

The kicker is that these are statistics from 2010! What do you think is happening now, six years later? More video online or less? A younger crop that came of age when YouTube was launched is moving into the executive suites now. Speak to them.

It’s not just a matter of human habits changing either. SEO ranking for video content is on the rise so some of the content that used to fall through the cracks of a search engine is about to start surfacing first. You may think of it as a change is on its way, not here yet. It’s on its way because it’s been working.

We speak a different language when doing business. When you go home, you probably don’t decide to leverage residual corn and a recent acquisition of beans into burritos. When you think about what you want to do with a video, you can’t forget that you are speaking to a person. Sure, you’ll use some common terms for clarity’s sake but don’t let yourself go into autopilot with the same old jargon. Be a human talking to another human.

When I said speak to them, I meant speak. How often do you go home and think to yourself, “You know, it’s been a long day, I think I’ll sit down and for an hour and read TV”?

Many companies who realize they need a video look at it as another means of delivering the numbers, statistics and technical details from their specifications sheet. You already have something that does that much better. It’s your spec sheet. We don’t need to throw an avalanche of numbers and diagrams at your prospect. The intent is not to convey those granular elements. The intent is to get the viewer interested enough to want to know what the granular elements are. In fact, it might not matter if they ever know the granular elements of your company.

All that matters is whether or not you can solve their problem.

If you’re into the nuts and bolts or your product or service, always bear in mind that those things are your interest. Don’t lead with what you want because, in fact, you really just want them to email or pick up the phone. Make sure you give them a reason to do so. Their reason.

Be the one to solve their problems. The fact that you’ll be using your product to solve them is secondary.

One of the biggest problems I run into, across all industries where people are getting into video, is that they put a tremendous amount of weight on every video project. Especially their first one. They feel like everything they do, everything they are, needs to go into that specific video. What should have been a tight focused message suddenly becomes a confused, meandering piece that no longer holds anyone’s interest.

You know how important video is becoming in order to sell, so these forays into the world of video are important to you. You want this video to be the best thing that’s ever happened. I get that. I really do. BUT NOBODY CARES WHAT THE GARAGE YOUR COMPANY STARTED OUT IN LOOKED LIKE! The best way to make your video the best it can possibly be isn’t to make it the most informative video ever. It isn’t even to make it the best crafted video ever.

It’s to make a video that pays off.

Bear in mind that “cut to the chase” is a film term. We all know the bank robbers are going to leave the bank, get into their car, put the keys in the ignition, shift into gear… you don’t have to show that. Don’t get bogged down in the details; just give the audience what they need to see.

Does your video strategy need direction? Reach out to us!